Who’s next in my series of wintering and preparing for the launch of This is the Boat that Ben Built? The  Canada Goose! 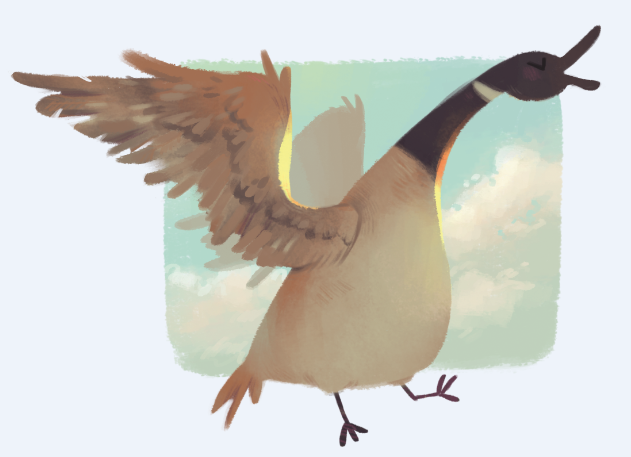 The Canada Goose is another bird that normally migrates during the winter. The migration begins when the water and soil freezes on their northern breeding grounds. The majority of Canada geese migrate south to the United States or even to northeastern Mexico. Others stick around southern Canada where food and open water are available to them. In their wintering grounds, they often feed on energy-rich foods in fields like spilled corn, oats, and soybeans. You may have also seen some Canada Geese grazing on lawns, in parks, and on golf courses, too!

Canada Geese feed intensely before they return to their northern breeding sites in the spring. They rely on stored fat and protein for their migration and for their subsequent reproduction in areas where food will initially be scarce.

Cool fact: You might recognize the honking of Canada geese as they fly overhead in their distinct “V” formation, but did you know that adult Canada geese have about 13 different calls? They range from low clucks and murmurs they make while feeding to loud greeting and alarm calls.

Besides waiting for spring, one Canada goose in my life can’t stop honking about This is the Boat that Ben Built. I’d love for you to spread the news, too: share this post and invite someone to preorder now! 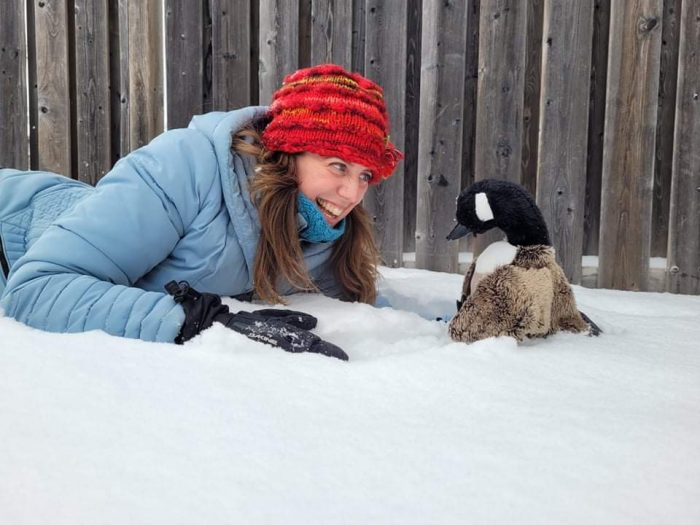